We have compiled a list for you with, from what we consider, the best vinyls until 2021. We have put them on the list due to different factors such as incredible sound, production, mastering, great album artwork, special features, popularity and more!

We are really in love with vinyls, thus, we spent a lot of time choosing among the best, so we can include them in our article. Of course, the created list of “must-own” vinyls won’t be liked by everyone.

The Beatles is one of the best bands that has ever lived and this sure is their top album. This album is absolutely unmatched and it was created while the band was in its prime. The group went with the producer George Martin, who established his own studio providing them with as much time as they want to create the perfect product. “Eleanor Rigby” showed how much of genius Paul McCartney really was, while “Tomorrow Never Knows” featured incredible innovations including string octet, automatic double tracking, tape effect and reverse guitars.

This album is about a broken heart and it is considered to be one of the best when talking about love and breakups. This is Beck’s 7th album it was born after the end of his 9-year-old relationship with his fiancee. An incredible album featuring some of his best songs, a vinyl worth buying if you like receiving shivers from listening to music.

Buy this album and feel the pleasure when listening to his songs.

Beirut creates unbelievable music with the help of traditional instruments. Some of the instruments included are trumpets, flugelhorns, accordion, ukulele, cello, upright bass, tuba, melodica, trombone and even glockenspiel. This album will remain in the history given the fact that every song was dedicated to a different French city, creating a masterpiece worth listening.

The Black Keys second album was recorded and produced in Ohio using Patrick Carney’s patented technique called medium fidelity. The music was recorded in a 14-hour nonstop session and it’s considered one of the top rock blues album.

We love our vinyl and if you are a rock fan, then this one is surely for you. Don’t hesitate to go to the store and buy it as soon as possible, you won’t regret it.

This album is created by the popular band Blur in the 1990s. At that time, leader of the group was the well known Damon Albarn who led the group until 2001 when he joined Gorrillaz.

The cover of the album was created by the famous graffiti artist Banksy, who is considered a true graffiti genius.

7. Boars of Canada – Music has the right to the children

We can say that the music of this album is a bit complex and it’s definitely created with a large variety of machines, but it still gives an amazing feeling when listened.

They have combined the influences of pioneers in this genre, creating one album that will be listen throughout the times.

The famous Dave Harrington and Nicolas Jaar joined forces in order to create an album that will last for next generations. Their styles are a bit different, but combined together they are a perfect match. The two artist have a wonderful chemistry between them and their album deserves to be placed on our list!

The debut album of this group was created with the help of hundreds of sampled content, which they have obtained during their journeys to the record store. It was produced for about two years, until the final product came on the market and it really is awesome. The album’s nature is a combination between heavy jazz and experimental hip hop!

This self-titled album was released not long ago in 2008 by Robin Pecknold and it has an incredible start. The music in the album plays incredibly well and it flows completely naturally, making it a real hit.The cover was created by Pieter Bruegel the Elder and it features “Netherlandish Proverbs”.

That ends the list of 10 vinyl records that you should definitely own in your collection. A good place to find some rare vinyls is 7inchrecords. Thrift shops and actual vinyl stores are rare, but if you can find them there is a chance that you can find a sought after vinyl album there.

Obviously music is subjective and we all won’t agree with this list, but for the most part this is a good base to build from.

With that said, we hope that you enjoy our list and if you have suggestions of your own, please feel free to drop them in our comments. Let’s build this out to the top 100 must own vinyls! How to Clean the Needle on a Record Player in 2022?   Here is a complete guide for…
byKevin Celestin
No comments 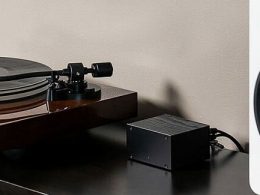 Best Phono Preamp For Turntables: Top 3 For All Setups

A turntable without a solid phono preamp is pretty underwhelming. After all, how could you take your talents and skills…
byThomas Moore
No comments How To Fix Record skipping For Vinyl in 2022?

Why is my record skipping? A common reason your records may skip is if you have an old…
byThomas Moore
No comments