How to Start a Record Player

Main parts of a record player

The record player is composed of many different parts, each with a specific purpose. By understanding the function of each component, you can better appreciate the engineering and design that went into making your record player.

The four main parts of a record player are the platter, the tonearm, the cartridge, and the stylus. Each of these parts plays an important role in how your record player produces sound.

The platter is the main round platform on which the vinyl records are placed. It rotates at a constant speed, allowing for smooth playback and consistent audio quality. The turntable motor is housed within the platter, and powers its rotation using either a belt or a direct drive system.

The tonearm is the long arm that extends from the side of the platter and holds the cartridge in place. The tonearm is balanced so that it floats above the record surface, and is equipped with a cueing lever that allows you to lower it gently onto the record.

The cartridge is a small device that attaches to the end of the tonearm. It contains an electromagnetic pickup, as well as smaller mechanisms for adjusting tracking weight and anti-skating force. The cartridge also has a stylus that sits on top of the record, reading its grooves to produce audio.

The stylus is a small, diamond-tipped needle that sits on top of the record. It vibrates as it tracks the grooves of the record, and these vibrations are converted into electrical signals by the cartridge. The stylus is very delicate, and can be easily damaged if not handled properly.

When you place your needle down on a record, the stylus vibrates as it traces the grooves. These vibrations are converted into electrical signals by the cartridge, which are then amplified by your receiver and speaker system to create sound.

What is a Record Player?

In the 1940s, the term “record player” was applied to manual instruments that played phonograph records, such as turntables. Turntables are still sometimes referred to as “record players,” although this usage is now somewhat archaic. Record players typically have a platter on which the record rests, and a stylus that is guided along the record’s grooves. The stylus vibrates, and these vibrations are converted into sound waves by means of a transducer, which is typically a type of electromagnet.

Record players were the primary means of listening to music from the 1930s to the 1950s, before the advent of more portable systems such as cassette players and Walkmans. Today, record players are mostly used by audiophiles and DJs. Some people prefer the sound quality of records played on a good turntable to that of digital music files, which are sometimes criticized for sounding “flat” or “lifeless.”

What to Check before buying a record player?

If you’re interested in buying a record player, you’ll need to decide whether you want a vintage model or a new one. You can often find good-quality used turntables at garage sales, thrift stores, and antique shops. If you go this route, be sure to have the turntable checked out by an experienced repair person before you buy it, to make sure it’s in good working order.

There are also many new record players on the market, from budget models to high-end models that can cost several thousand dollars. When shopping for a new record player, it’s important to pay attention to the quality of the components, such as the platter, stylus, and cartridge. These factors will affect both the sound quality and the durability of your record player.

If you’re not sure which type of record player is right for you, there are many websites and forums where you can read reviews and get advice from other music lovers. With a little research, you’re sure to find the perfect record player for your needs. 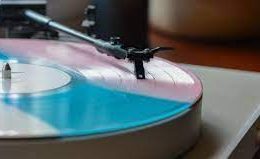 How To Clean Turntable in 2022 [Maintain it for Long Lasting]

Whether you’re an audiophile, DJ or a beginner keeping your turntable clean is a must. Otherwise you’ll end…
byKevin Celestin
No comments Step by Step Guide to Replace a Record Player Belt in 2022!

A record player belt is an essential part of the turntable. It keeps the platter spinning at a…
byKevin Celestin
No comments Vinyl records are a great way to enjoy your favorite music and preserve important memories, but they can…
byKevin Celestin
No comments 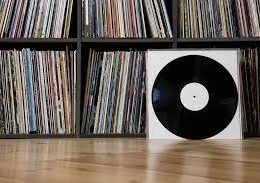 We have compiled a list for you with, from what we consider, the best vinyls until 2021. We…
byadmin
No comments